Her Purpose: To Compete

11/30/2021 7:00 PM
Virtual
Rachel Benoit
Finding purpose through athletics
REGISTER
Much has been written about how athletic competition builds character — the drive and focus it requires, the manner in which it depends on both individual excellence and teamwork. On Nov. 30, at 7 p.m. ET, Rector Kathy Giles and SPS volleyball player Abbey Xu ’22 will be joined by professional women’s ice hockey team owner Johanna Boynton ’84, Olympic rower Alie Rusher ’14, and Division 1 track athlete Cecilia Marrinan ’20 to celebrate 50 years of SPS women in the world. The event, “Her Purpose: To Compete,” will be an in-person for students, faculty, and staff at the Athletic and Fitness Center and streamed live for the greater SPS community.
REGISTER
Speakers 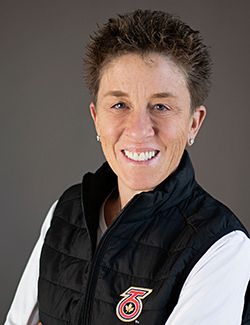 Johanna Neilson Boynton ’84
has been principal owner and board member of the Toronto Six, a professional women’s ice hockey team based in Ontario, Canada, since May 2020. She also is a minority owner of the Boston Pride, the first independently owned local franchise of the National Women’s Hockey League, and the CEO and cofounder of Boynton Brennan Builders, a Concord, Massachusetts-based home building company. A mother of four, Boynton serves as the president of the Harvard Varsity Club and as a board member for the Middlesex School. Boynton played on Harvard’s varsity hockey team for four years, captaining the team as a junior and senior, and played two years of junior varsity lacrosse. 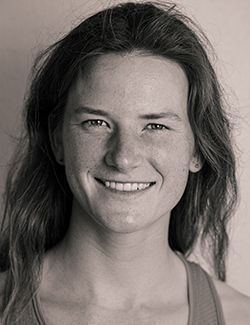 Alie Rusher ’14
competed in the women’s quadruple sculls at the 2021 Tokyo Olympics, extending her family’s Olympic rowing legacy — both of her parents rowed in the Olympics in 1988 and 1992. A four-year varsity rower at Stanford University who was named twice to the PAC-12 All-Academic first team, Rusher won bronze in the women’s eight at the 2018 World Rowing Under-23 Championships, after finishing 10th in the women’s four at the same event in 2017. At St. Paul’s, Rusher rowed for Shattuck and was named captain of the girl’s crew team as a Sixth Former. She also competed in ice hockey and Nordic skiing, as well as volleyball — a sport in which she was named SPS team captain and 2013 league MVP. 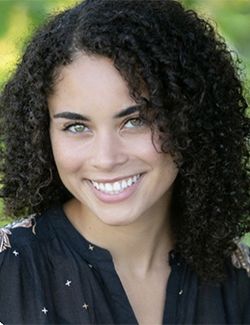 Cecilia Marrinan ’20
is studying International and Public Affairs at Brown University, where she also competes as a member of the women’s track & field team. A sprints specialist and 2019-20 team captain for the women's track team at SPS, Marrinan holds School records in the 100 meter, 200 meter, 4x100 meter, and 4x400 meter events. Two weeks after her SPS graduation, Marrinan and several childhood friends in Skaneateles, New York, formed Skaneateles for Social Justice and led a march of more than 1,000 peaceful protesters in solidarity with the Black Lives Matter movement.
Scholarship. Leadership.
Character. Community.