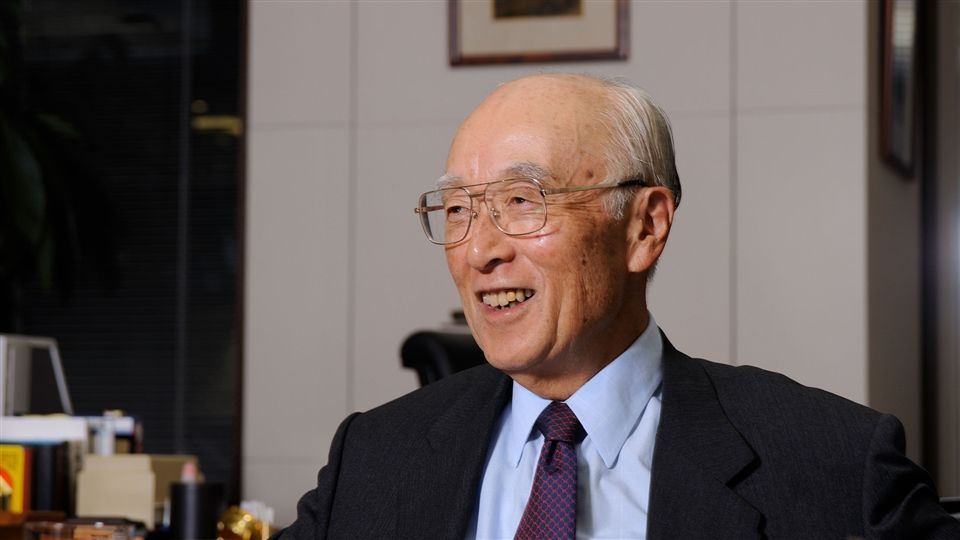 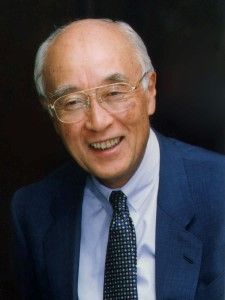 12/28/2020
by Jun Makihara
A Tremendous Loss for our School and the World
In 1949, following the end of World War II, St. Paul’s School welcomed its first Japanese student, Minoru “Ben” Makihara, who is known the world over for his many accomplishments. For SPS, his Hugh Camp Cup speech asserting that all people are created equal, but they are not the same, remains a guiding principle and foundational tenet of our School community. Jun Mikihara, Ben's son, offers this remembrance. Minoru Makihara, the former CEO of Mitsubishi Corporation, died at home on December 13, 2020, surrounded by his family. He was 90.

Minoru, or Ben as he was known outside of Japan, overcame the loss of his father in World War II to become one of Japan’s leading internationalist business executives, devoted to improving U.S.-Japan relations. He credited his success to the support of many friendships around the world, family, and plain good luck.

Ben was born on January 12, 1930, in London, where his father, Satoru, was the branch manager of Mitsubishi Shoji, a major Japanese trading company. His mother, Haruko, came from a family of businessmen and artists. Minoru was christened Bernard and grew up speaking English and Japanese.

As relations between the West and Japan worsened, the family returned to Japan. When Ben was 12, his father died when the ship he was on as part of a delegation of business leaders to the Philippines was sunk by an American submarine in the East China Sea.

Ben enrolled in the Seikei School, which had an international outlook and continued to teach English during the war. After the end of the war, he was befriended by an American bishop who arranged for him to receive a full scholarship to St. Paul’s School in New Hampshire, which he attended in 1949-50. During his one year there, he formed deep friendships that continued throughout his life and sowed the seeds for his lifetime passion for improving relations between the U.S. and Japan. Despite his having arrived from Japan only a few years after the end of World War II, the warm reception he received at St. Paul’s left a deep impression. On the eve of his arrival to the boarding school, the Rector had gathered the students to announce the arrival of a student from Japan, asking them to welcome him even though some of the students had family members who died at the hands of Japanese soldiers. Ben’s scholarship to St. Paul’s became the first of an annual exchange program between the Seikei School and St. Paul’s, which continues to this day.

One of his proudest achievements at St. Paul’s was winning the school-wide speech contest, the Hugh Camp Cup. Despite just having arrived from Japan, he bested the other contestants, including some of his close friends, with an impassioned speech about the Declaration of Independence. His close friend and classmate, Bob Monks, said that “the moment Ben opened his mouth, we realized the School was going to melt down all our award medals to build a statue of him!”

Ben went on to attend Harvard along with a number of his close friends from St. Paul’s, and his circle of American friends grew. There he also met Takashi Oka, a young graduate student and future journalist, whose daughter would one day marry his son. Graduating in 1954, Ben spent a year traveling around the world on a fellowship and then returned to Japan to join Mitsubishi Shoji, the company his father had worked for, in 1956. That following year, he married Kikuko Iwasaki, a childhood friend whose family had founded the Mitsubishi Group.

Ben rose through the ranks of Mitsubishi, working initially in the Marine Products Department (fisheries), the same department as his father. In 1971, he opened the Mitsubishi office in Washington, D.C., as the then-CEO Chujiro Fujino foresaw the increasing importance of “understanding American politics.” He enjoyed socializing in the capital and was sometimes a guest at the famed dinner parties in the home of columnist Joseph Alsop, where he also befriended Katherine Graham, then owner of the Washington Post. Mitsubishi’s first Washington office was in the Watergate complex, leading his American friends to remark that the Nixon plumbers “broke into the wrong office” when they burgled the Democratic National Committee. Ben returned to Japan and became the head of the Marine Products Department in 1980. His colleagues congratulated him on achieving the same status as his father, joking that it took “only forty years.”

In 1992 Ben became President and CEO of Mitsubishi. He was widely known as an internationalist and bridge builder, taking advantage of his fluency in English and global connections to diversify and modernize the venerable Japanese firm. His practice of picking up the phone and directly calling CEOs around the world was new to Japan. It was refreshing for his counterparts but unnerving for his staff. His desires for change were not always welcomed by his colleagues and earned him the label “alien” within Mitsubishi. He shook up old conventions such as the once-common practice of appeasing unruly shareholders who threatened to disrupt the annual shareholders’ meeting. He once shocked his staff by inviting one outspoken and feared shareholder into his office for a meeting to hear out his complaints. Ben was one of the earliest CEOs to take a large write-off to clear unrecognized portfolio losses from the bursting of the “bubble economy.” He also followed the advice of Bob Monks, by then a pioneer in shareholder rights, to improve the corporate governance of the company, a new concept in Japan. And, he set up an International Advisory Board of leading CEOs and academics to keep the company abreast of what was happening in the inner circles around the world. He tried and failed to have English be the common language at Mitsubishi, something which a number of Japanese companies are tentatively trying today, thirty years later.

Apart from his work at Mitsubishi, Ben served on the boards of the Ayala Corporation and IBM as well as numerous Mitsubishi-affiliated companies, and advisory boards of Allianz, Coca Cola, Daimler-Chrysler, Hakulyt, JPMorgan, McLarty Associates, and Temasek. He was fond of mentioning that his invitation to join the advisory board of Hakulyt was for “good wine, good conversation, and good friendship.” He was also a member of the Trilateral Commission and CULCON (U.S. Japan Conference on International Exchange), and other U.S.-Japan-bridging organizations. After retiring from the corporate world, Ben became chair of the board of the Toyo Bunko, one of the five largest Asian studies libraries and research institutes in the world. The library was founded in 1924 by Hisaya Iwasaki, then-CEO of the Mitsubishi Group, to house a vast collection of China-related publications amassed by Australian adventurer/journalist George Morrison. The post appealed to his international and academic inclinations, as well as his sense of history.

In 2005 he received the Grand Cordon of the Order of the Rising Sun from Japan, and in 2014 he was particularly pleased to be awarded an honorary KBE from the U.K.

He is survived by Kikuko, his wife of 63 years, his son Jun, his daughter Kumiko, and grandchildren Kazuma, Takuma ’15, and Taro.