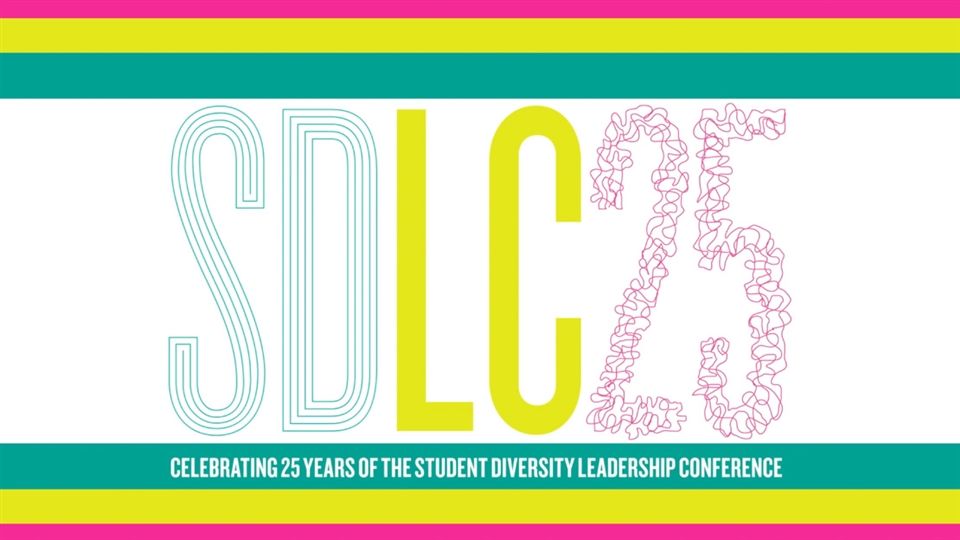 1/22/2021
Michael Matros
At 25 years, SDLC is still powerful
“We all have privilege. How do I use the privilege I have to better the lives of others?”

For Myra Singletary, associate director of college advising, this question encapsulated the thoughts she took away from the annual People of Color Conference, sponsored by the National Association of Independent Schools last November 30 to December 4.
“There was a sense of joy and communion,” she said, “and I always come back refreshed and hopeful about what can be.”
Necessarily online in 2020, the POCC attracted 19 SPS faculty members, many of them returning for another of the yearly sessions.
But while adult educators met for seminars, workshops, and other activities, a partner conference also took place, as six SPS students joined hundreds of other independent-school students for the 25th annual Student Diversity Leadership Conference (SDLC).
“Despite being remote,” said Tumi Anthony-Sawyerr ’21, a student from Lagos, Nigeria, “it was amazing how easy it was to bond with people on the basis of shared experiences. It was a transformative experience.”
While the adult conference was a forum for discussions of race and ethnicity, the SDLC involved other forms of diversity as well.

“A specific moment I recall was an activity on core cultural identifiers, which were things such as age, ability, race, religion, gender, sexual orientation, socioeconomic status, and family structure,” Anthony-Sawyerr said, “that makeup who we are as a person, or our ‘identity molecule.’”
In conversations, the SPS students emphasized the importance of breaking out into affinity groups, especially those of race and ethnicity. One of the biggest takeaways of the conference, said Chloe Abbruzzese ’22, was the commonality of concerns among the participants’ schools. Her multi-racial affinity group offered “something I had never really experienced.”
“I’m usually with just general people of color, like for Transitions or the Black Student Affinity Group,” said Abbruzzese, the daughter of an African-American mother (Laurel ’86) and white father. “Having that space as a mixed-race student with tons of other mixed-race students from independent boarding schools, it was really eye-opening to me to see how many people were experiencing the same things as me and relating to me on a deeper level.”
The affinity, or “family,” group for Rahul Kavuru ’22 included some 40 students from Southeast Asia and South Asia. Kavuru, whose parents emigrated in their 20s from India to New Jersey, found himself in discussions of “hard topics,” such as the caste system or “stereotypes of being an Indian.”
“It was really comforting and heartwarming to see a bunch of students with a very similar background to yourself,” Kavuru said, “knowing that I could say anything and be very comfortable in the people I’m speaking to.”
Kavuru, one of the heads of the SPS Indian Society, reported progress at the School.
“This year we did try to make an increasing commitment to actually bring in speakers,” he said, “have more talks in Chapel, have more e-mails sent out to students to really instill these values – that you should try to be accepting of anyone, not be racist, not be homophobic, that it’s important to accept people for who they are.”
“We’re not alone in the issues that we have as a school,” Abruzzese said. “The things that we’re dealing with and the things that we’re facing mirror a lot of the other boarding schools or independent schools’ experiences.”
One of those issues is the establishment of a physical space for students to gather among others of similar backgrounds and concerns.
“At St. Paul’s,” said Kavuru, “I believe last summer they made the commitment to providing that affinity space, and, hopefully, we can actually get that space in the coming months.”
But perhaps more difficult than establishing physical locations is to change attitudes.
Last summer, blackatsps, an independent Instagram account for students and alumni was established to share their experiences of racism at the School.
“Alumni, current students, teachers even, I believe, submitted responses,” said Abbruzzese. “I think for me viewing the posts, it was a lot of just disappointing stories, but for a lot of people, it wasn’t entirely surprising.”
The Instagram account encouraged “those who submitted to this platform over the summer to report their experiences directly to the School via a newly implemented reporting structure.”
“I think St. Paul’s has definitely done a much better job this year in trying to make that hands-on commitment,” Kavuru said, “so everyone can be at that level in terms of accepting people. But I think there are still a couple of ways to go in terms of a few people actually having those values.”
The SDLC was open to only six students from any school, and the SPS group was chosen in part for their student leadership – the “L” of the SDLC. And so, they carried with them a commitment to bring new ideas and strength to their roles as leaders.
“One thing I think I’m going to bring back is to work for specific, measurable, attainable, relevant, and time-bound goals,” Abbruzzese said. “We’re really empowered and excited students at St. Paul’s, but we need to set reasonable goals and tangible goals, goals that we really can reach more than just looking at a bigger picture – although that’s great inspiration.”