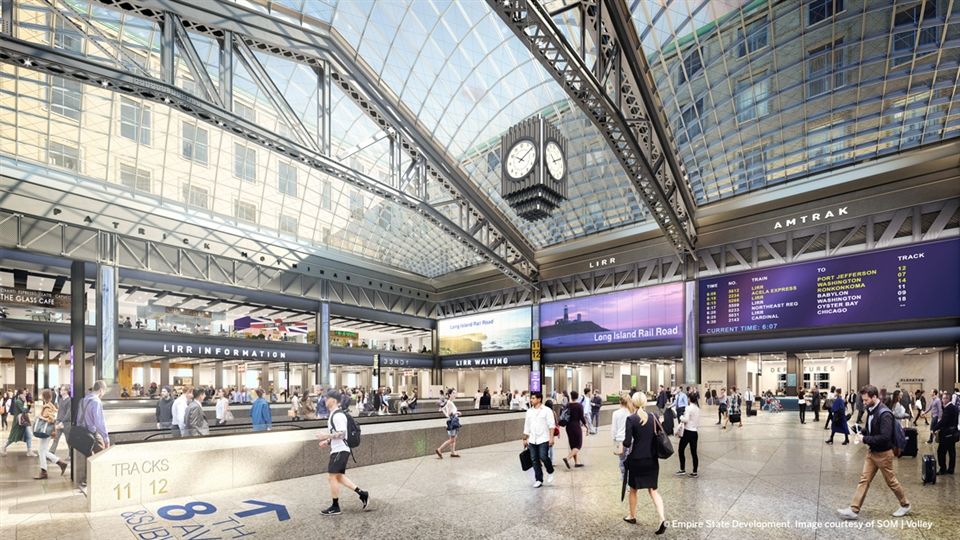 1/22/2021
Jeff Selesnick
Pennoyer ’75 delivers finishing touch to New York's newest transportation hub
Architect Peter Pennoyer ’75 and his firm, Peter Pennoyer Architects, were awarded the commission to design the clock for New York Penn Station’s new Moynihan Train Hall. And they were given less than half a year to deliver the finished product.

“I never imagined that we would design a 3,200 pound, 12-foot-tall clock in ten days and have it built and delivered in four months,” says Pennoyer.

Despite the frantic timeline and bureaucratic hiccups along the way, Pennoyer was honored to have taken on the project. “The conversion of the Farley Post Office into a new Penn Station has been on my mind since the late 90’s when I was a board member of the Municipal Art Society.”

Moynihan Train Hall, a vision of its namesake, Senator Daniel Patrick Moynihan, sits in the old Farley Post Office building and will serve to alleviate the infamous Penn Station commuter crowds. The newly minted space opened to the public on January 1, 2021 and the clock has already drawn praise from commuters and journalists alike. Read more about the project in the Architectural Digest article “How Peter Pennoyer Designed Moynihan Train Hall’s Showstopping New Clock.”