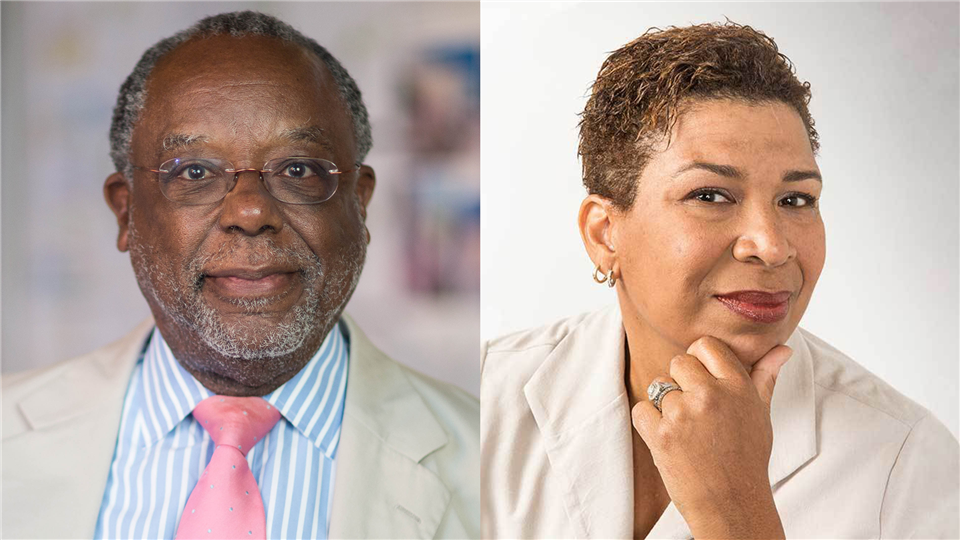 “You Have to Be Ready”

4/27/2022
Kristin Duisberg
More than 45 years later, Ted Landsmark ’64 spoke with Michel Martin ’76 about the deeply personal attack that changed his life and the course of conversations about racial tensions in Boston.
On March 31, Michel Martin ’76, the Emmy-award winning weekend host of NPR’s “All Things Considered” and a former SPS trustee, engaged professor and civil rights activist Ted Landsmark ’64 in a one-of-a-kind virtual fireside chat about his life experiences. It was an event that had its origins, said Dorian Nunez ’74, in the May 2020 murder of George Floyd and gained momentum alongside the “Black@” social media accounts that emerged afterwards as a platform for Black, Indigenous and other students of color to share their experiences of struggle at independent high schools and colleges across the United States. The wide-ranging conversation, hosted by the Alumni Association BIPOC Council, touched on the circumstances that brought Landsmark to St. Paul’s School from Harlem during the brief era in which the School enrolled post-graduate students and Landsmark’s experience with busing and racial integration in both New York and Boston. For much of the hour, Martin and Landsmark discussed the Pulitzer Prize-winning photo for which he is perhaps best known — which depicts him, his face bloodied, as an anti-integration protester prepared to attack him with an American flag.

“Because it happened so quickly … it wasn’t until after that I realized, standing there, covered with blood from a broken nose and what have you, that I’d nearly been killed,” recalled Landsmark. One of this year’s Alumni Association Award recipients, he credits his ability to recognize the moment as something larger than himself at least in part the classroom discussions about ethics and what it means to have shared responsibility and a shared sense of community that he had at St. Paul’s. In the decades that followed the assault, he explained, he was able to use the experience — and the publicity that came with the publication of the photo, taken by Stanley Forman — to advance important conversations about race and civil rights.
“That’s a large part of what I try to teach at this moment,” said Landsmark, who is the Distinguished Professor of Public Policy and Urban Affairs and director of the Kitty and Michael Dukakis Center for Urban and Regional Policy at Northeastern University. “We are all, at some point or another, in a larger historical, ethical and family context. We need to be ethical about who we are and what we do in those moments, and my sense was you never know when you’re going to be called upon to have to say the right thing. And when that moment comes, you have to be ready.”