A Library of Possibility

Sokoloff Prize recipient Matt Letourneau ’23 seeks to help those in need through books.

There are some things about life that Matt Letourneau ’23 learned too soon. One, you play the cards you are dealt, and the game is probably rigged. Two, the effects of addiction can echo across generations. Three, those who struggle do not struggle equally, whether in terms of healthcare, support, or even the possibility of being offered a second chance.

Letourneau learned these lessons the hard way; when he was eight, he lost his father to a decades-long reckoning with alcohol. Growing up in Idaho’s Sun Valley, an area haunted by Ernest Hemingway’s own lost battle with alcoholism, Letourneau developed a deep interest in addiction. A writer himself — he’s been on the Pelican newspaper staff since his Third Form year, recently finished a collection of short stories, and is interested in studying journalism — Letourneau approached learning about addiction by embracing Hemingway’s belief that a writer should not judge but understand. He devoted his Fifth Form capstone project to the subject and attended drug court — which helps offenders recover from substance use disorder with the goal of reducing future criminal activity — where he watched a judge treat those who came before him with dignity and curiosity.

“What do you want to do to get better?” the judge would ask. Many replied that they wanted to improve their physical and mental well-being. “Have you tried reading?” he would respond.

Hearing that last question, Letourneau decided it was an opening for him to help addicts access additional resources. Already a volunteer at the Men’s Second Chance Living House (MSCL), a place near his hometown with support services to help men sustain sobriety, he approached the executive director to see if creating an in-house library and resource center would be helpful. Receiving the go-ahead, he applied for and received the St. Paul’s School Sokoloff Prize of $2,500 to fund the project that he christened — with a nod to the organization’s acronym — “Mind Muscle.”

The Sokoloff Prize is awarded annually to a Fifth Form student who “has a special and unique kindness and compassion; seeks a personal transformation towards spirituality; demonstrates a vision to make the world a better place through service for the good of mankind; and acts as an inspirational leader for his/her peers and classmates.” Prize recipients receive an award of up to $2,500 to be used for a project that will help to further the values outlined in the prize description.

“I was really excited to get the prize, and then the reality of fleshing out my idea set in,” Letourneau says. “The planning and preparation took the most effort. I wanted everything to be new and look nice, so I assembled shelves and a desk chair; bought a computer, books, and Kindles; and heard a lot of stories along the way. I even bought a label maker and designed a screensaver for the computer so it would look like a real library.”

Over the summer, Letourneau filled the empty shelves with books he hoped would be interesting — “a lot of Hemingway because of the Sun Valley connection” and his own favorite dystopian novels — along with titles that would help residents with earning a GED or learning a trade, and with reconnecting with family and self. Early appreciation for the library has turned into constant use of its resources, according to the executive director, who shared with Letourneau this fall that residents are enjoying their access to books and getting more comfortable with the technology now available to them.

“It was really cool to have the opportunity to help my community,” Letourneau says.  “I have great gratitude for the Sokoloff Prize.”

Letourneau plans to continue his volunteer work with MSCL, writing grants, hosting a readathon and adding more books — anything, he says, that can contribute to the wellness of others and help turn their own stories in a more positive direction. 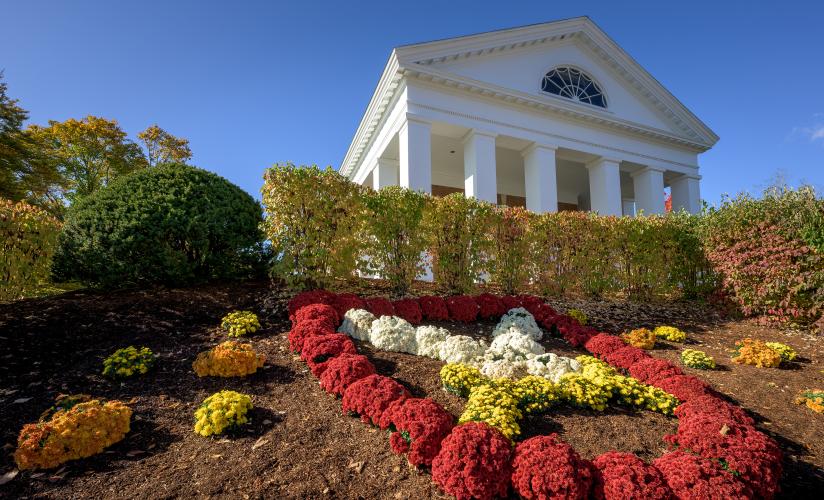 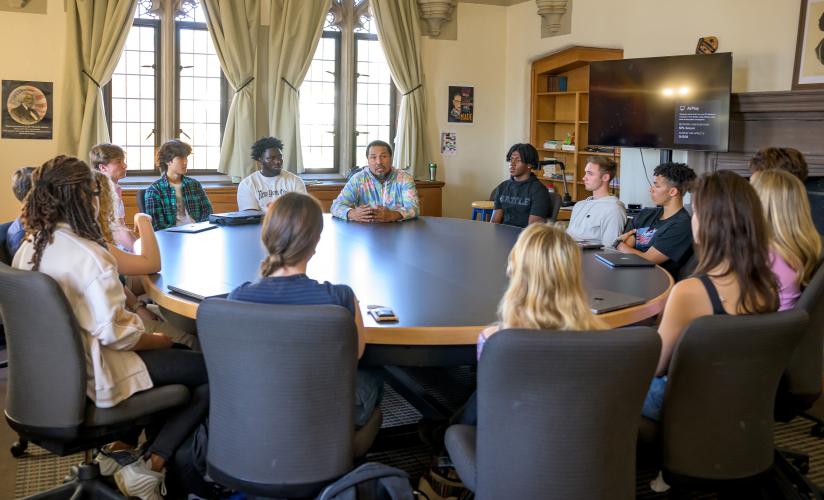 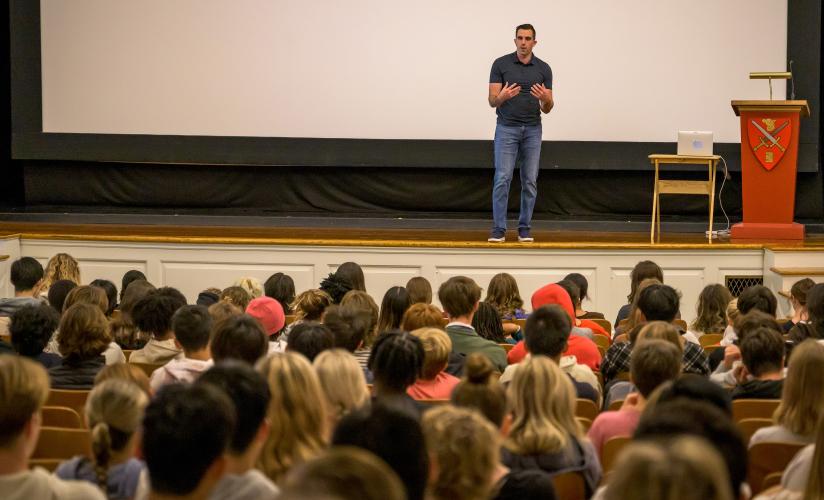