Cardboard crafts hit the lanes at Ma Pool in study of buoyancy, thermodynamics.

The atmosphere was balmy in the Athletic and Fitness Center’s heated Ma Pool on Dec. 15 as students from Ben MacBride’s Physics II: Fluids and Thermodynamics class gathered barefoot on the tile, but the chill of competition in the air more closely matched the frigid temperatures outside than the warm water that stretched out invitingly before them.

Okay, maybe the competition wasn’t quite that intense, and maybe the vibe was more companionable than cutthroat—but it was clear that these physics students were in it to win it.

What were they competing for? Bragging rights. What was the competition? As MacBride explains, students were broken into groups of four and tasked with designing and constructing a boat out of cardboard that would stay afloat while carrying each group’s captain. The boats also needed to withstand the stress of racing the length of the 25-meter Ma Pool.

“We also conducted a standard laboratory experiment on this topic,” he says, “but I thought adding this extra activity would make it more enjoyable and memorable.”

Many SPS students would board buses later that afternoon, headed home for Winter Vacation, and the prospect of the impending holidays was like static electricity in the air over campus. Ma Pool was no exception, and students and faculty alike were eager for a fun farewell before the holidays.

“Everyone has passed the swim test!” shouted Athletics Facilities Coordinator Michele “Mish” Rogers, who was on hand — alongside lifeguards — as students pulled on goggles, grabbed their oars and got the four boats into place at the pool’s edge.

“I’ve got my eye on number three,” one spectator was overheard saying, with others piling on their own bets as students prepared their vessels and onlookers analyzed the likelihood of each boat’s floatability.

“My team and I designed and crafted a hydrodynamic masterpiece called the USS Phella Georben — a combination of all our names, Phoebe, Ella, Georgia and Ben,” says Phoebe Opler ’23, who was captain of one of the teams. “When we first started designing, we knew [we needed] to have large surface areas and high walls, so we could have enough buoyant force to float in the pool.”

Once the four boats were slid into the pool with their captains at the helm, two quickly took on water. The race was rapidly whittled down to a two-boat event. 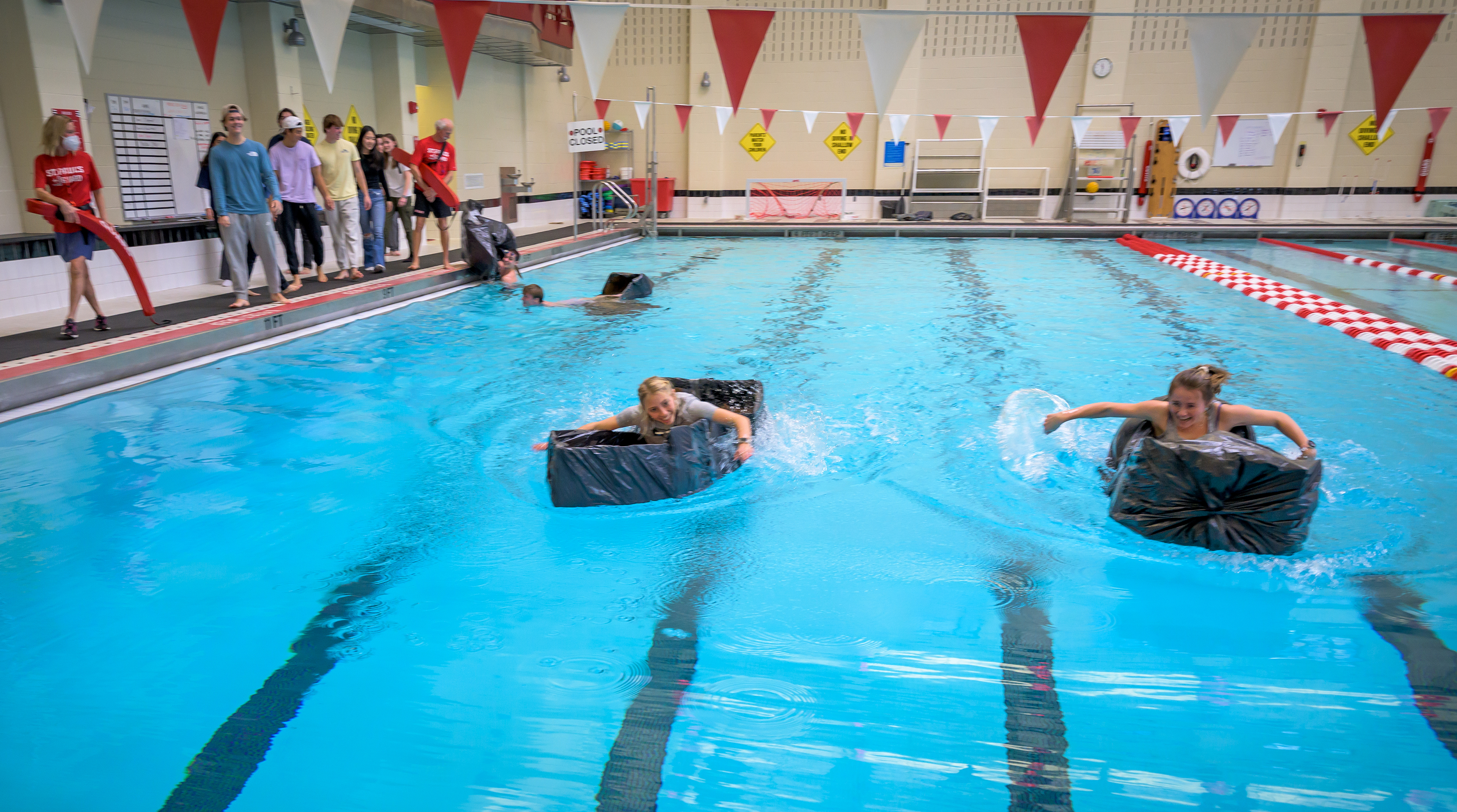 “During the race, I had a smooth entry but was off to a rough start, as the usage of the ‘oar technique’ to paddle failed me,” Opler explains. “But as soon as my teammates influenced me to drop [my oars], I never looked back.”

The USS Phella Georben, the ultimate victor, was not the only ship to abandon its oars.

“There I was, slowly making the comeback, splashing erupting from my hands’ impact on the water,” recalls Opler, an SPS girls crew coxswain who says she appreciated the opportunity to be the one propelling the boat for once. “In the last quarter stretch of the pool, I was neck and neck with the boat that was two boat lengths ahead in the beginning. What brought me to victory? My teammates’ boisterous cheers ushering me on. I probably would’ve drowned the boat without them.”

In true maritime fashion, members of all four teams hopped in the water to retrieve the sinking boats and help their captains to shore.

Says MacBride, “It was a fun way to send them off.” 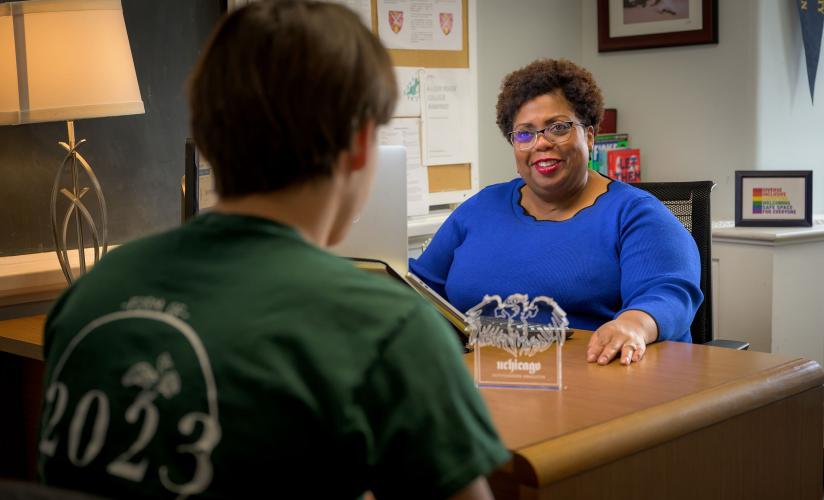 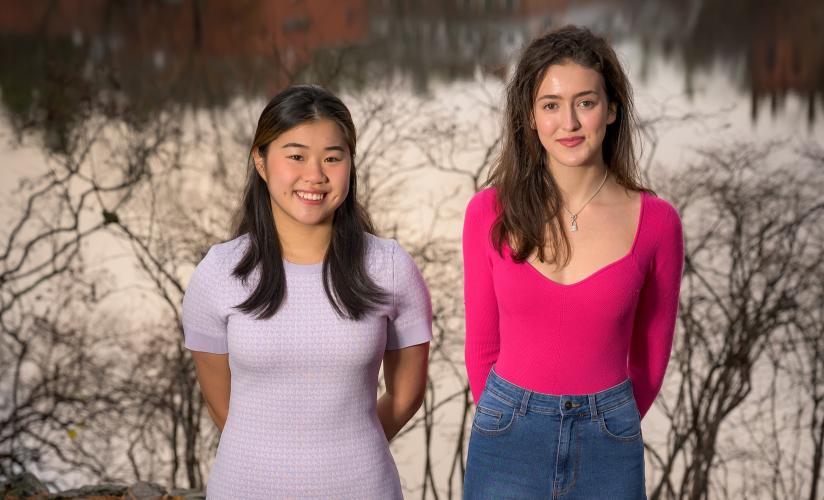 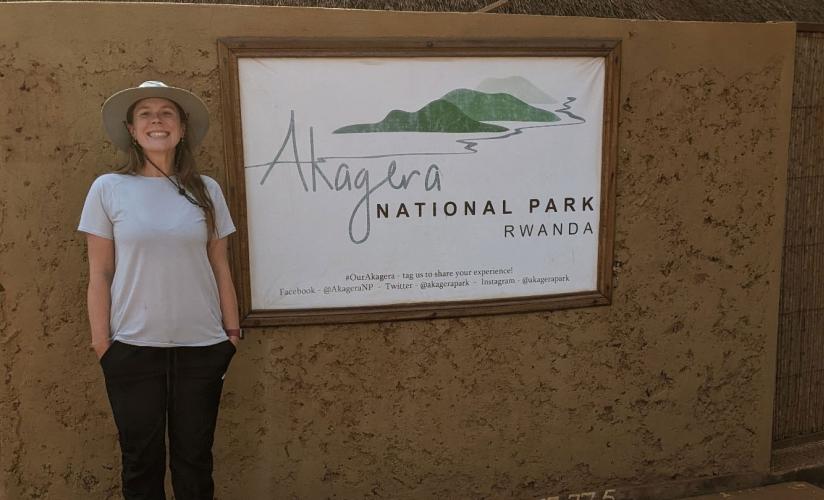 November 9, 2022
Education in Action
There was more than biology on the syllabus when Teacher of Science Sarah Boylan traveled to Rwanda this summer to spend a week at the all-girls boarding school SOLA.
More news